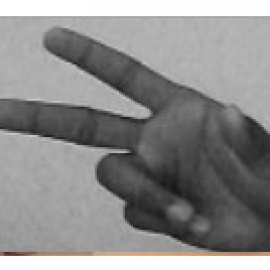 We have developed a system which can help people suffering from hearing and orating impairments talk as normal . here we are supposing that hearing and orating impaired person cannot hear or utter sounds but they are visually fine and can see normally. they use sign languages or gestures for interaction.now our system understands these gestures and converts them into any natural language at present english and subsequently these natural languages into analog signals which then can be transmitted using a voice synthesizer (vs) through a speaker.this process converts the gestures of an orating impaired person into artificial voice which a normal person can hear as they normally do.now for the sake of hearing impaired person we have a voice recognition system (vrs) which can convert voices into written notes. the hearing impaired person can then read and understand what is being told.this results in normal communication not hindered by a persons impairments.