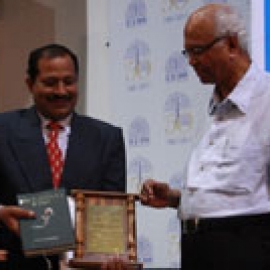 Estradiol, the most potent endogenous estrogen, is biosynthesized from androgens by the cytochrome p-450 enzyme complex called aromatase. aromatase is found in postmenopausal breast tissue, and the importance of intratumoral aromatase and local estrogen production is being unraveled. in hormone-dependent breast cancer inhibition of aromatase is an important approach for reducing growth stimulatory effects of estrogens. effective aromatase inhibitors have been developed as therapeutic agents for controlling estrogen-dependent breast cancer. azasteroids are the heterosteroids which are selected as aromatase inhibitors because they have a suitably positioned hetero atom interacting with heme moiety of the cyp prosthetic group of the aromatase molecule like type ii inhibitors. inhibition of aromatase, a cytochrome p-450 enzyme responsible for biosynthesis of estrogens, is an effective approach for the prevention and treatment of estrogen-dependent breast cancer. the carbonitrile containing compound showed enhancement in aromatase inhibiting activity. the present work aims to introduce carbinitrile group in ring-d and to observe its impact on the aromatase inhibiting activity of the molecule. a novel a- and d-ring substituted steroid 16β-cyano-17β-hydroxy-4-phenylthia-4-androsten-3-one (1) has been synthesized and evaluated for its potential as aromatase inhibitor using human placental microsomal preparation as the enzyme source and [1β-3h]androstenedione as substrate. the synthesized compound 16β-carbonitrile derivative (1) is almost equipotent to the standard drug exemestane in inhibiting the enzyme. irreversible binding affinity of the test compounds to the aromatase enzyme was assessed at 2.0 and 20 µm concentration using exemestane as reference compound. but, unlike exemestane, it (1) has shown negligible inhibition of the enzyme under conditions which measures the capacity of a compound for irreversible inhibition of the enzyme. exemestane, an irreversible inhibitor of the enzyme, has shown appreciable activity under these conditions.