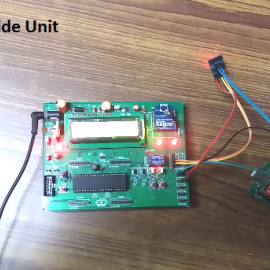 Wireless sensor networks (wsns) have diverse internet of things (iot)-based applications– agriculture, wild-life monitoring, target tracking, and health-care are among a few mentionable ones. however, the resource-constrained nature of wsns is the main drawback in many of these applications. specifically, energy is one of the precious resources in a sensor, driving the sensing, processing, and data transmission in such nodes. the energy constraint keeps this useful technology out of the reach of the masses in india. ironically, the masses who cannot afford these technologies due to their high recurring maintenance costs, in the form of battery changes, are the ones who would benefit the most from these technologies. as an example, a farmer can easily digitize his fields and follow scientific approaches to farming with the help of scientifically sensed field parameters (water level, nutrient level, soil moisture, and soil temperature). digitizing these parameters would additionally enable data sharing with experts, who could help the farmer with a scientifically charted regime of water and nutrient distribution in the fields, allowing him to maximize his harvest and reap higher profits. as it is a well proven fact that scientific agricultural practices allow a farmed multifaceted benefits in the form of water savings, fertilizer savings and higher crop yields; however, the constant change of batteries for these agricultural sensor nodes and the frequent upkeep of solar-based energy sources is a factor repelling the popular integration of these scientific solutions in indian farms. our implemented approach builds upon the concept of “sensing-when-required” to avoid the problems of frequent battery drainage, maintenance and changes. in sensor networks, in order to avoid the quick drainage of battery, widely used approaches include various node-scheduling techniques. however, even during non-operational stages power loss due to leakage currents is unavoidable, which eventually drains the power source after a certain time, even if the node is in sleep mode. in the era of internet of things (iot), sensor nodes play a significant role in various applications, such as smart agriculture, smart buildings, smart traffic, and smart health-care systems. typically, the sensor nodes used for iot applications consume energy for a variety of activities, much similar to the ones in a wsn environment. thus, energy consumption becomes a major issue in such applications. approaches such as energy harvesting, have been successful in increasing the node lifetime of various implementations. some approaches even manage to harvest the computational and storage energy from slight mechanical strain-variations. we specifically focus on the sensor nodes which are used for monitoring the agricultural field parameters. typically, these sensor nodes are armed with a processor, a radio unit, and sensors for adjudging soil moisture, soil temperature and water level in fields. in our prototype, we developed a battery-less sensor node which is designed to be placed in the field, without any chance of getting their power supplies replenished. we term these nodes as place and forget (pf) nodes. when an external node with its own power supply, named, mobile charger and aggregator (mca) comes in the proximity of the pf nodes, the latter automatically get switched-on and start sensing the field parameters. thereafter, the pf nodes transmit the sensed data to the mca by means of a low-power radio, such as zigbee or bluetooth, which is part of both these node types. the mca periodically uploads its data to a remote server, via the internet. this remote server, not only acts as a data bank for historical field records, but can be easily used for providing the farmer with analytics-based solutions for “when to irrigate” and “how much to irrigate”.